Effective May of 2011, the EPA introduced new emissions requirements based on section 129 of the Clean Air Act. The final regulation sets emission standards for nine pollutants: cadmium, carbon monoxide, hydrogen chloride, lead, mercury, nitrogen oxides, particulate matter, polychlorinated dibenzo-p-dioxins and polychlorinated dibenzofurans, and sulfur dioxide, which are shown in the tables below.  While this has caused much confusion throughout the industry, the dust is beginning to settle, and we are beginning to adapt.

The specific regulation of Sewage Sludge Incinerators (SSI’s) can be found in Part 60 of the Clean Air Act. Subparts “LLLL” (Quad L) specify emission limits for new installations, and “MMMM” (Quad M) specify emission limits for existing units. Emission limits for new and existing fluid bed incinerators are much more stringent than the limits for new and existing Multiple Hearth Furnaces. This is based on the MACT standards (Maximum Achievable Control Technology) that are specific to each incinerator type. These standards were developed by surveying the best performing similar units, and noting what types of processes and equipment they use to achieve these levels, knowing that it is possible for other units to achieve the same results.

The new emissions limits have raised concerns for many SSI owners, but the hysteria seems to have died down. There has been much misinformation out there regarding the new EPA regulations and the future of sludge incineration. Ignore the media hype, and contact Industrial Furnace Company today to implement a successful plan of action to ensure your facility meets the new EPA regulations by March of 2016. 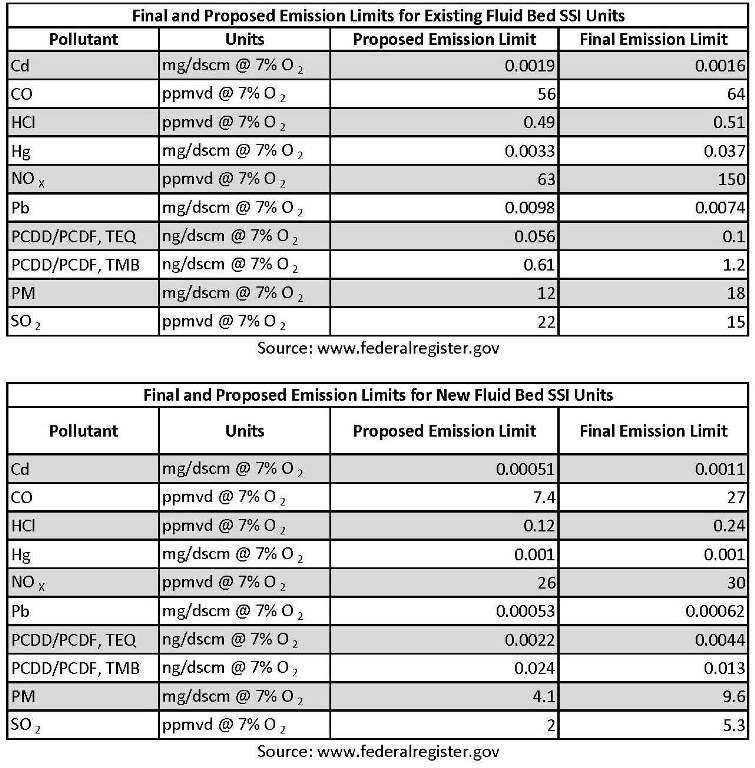