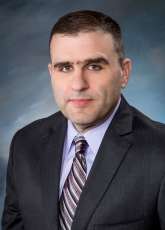 Over 18 years with Industrial Furnace Company.

Michael began his career in the electrical field 32 years ago with the military and attended college for his course work toward his Bachelor of Science degree at the University of Nevada. After his service, he worked in the Machine Tool Business designing "Cutting Edge" control systems for the automotive industry. In 2001, Michael re-launched his career and became a partner in an industrial automation controls company that supported IFCO's electrical controls needs. Throughout this time, he has engineered, developed, enhanced and implemented new processes and controls centered around industrial incineration.

Recognizing the need for a "turnkey" industrial contractor, Michael's leadership and background led to the formation of IFCO's Process / Electrical / I & C Department. While managing the day to day operations of this department, he launched a major international sales initiative, opened an in-house UL508A panel shop, and hired / trained / mentored process, mechanical, electrical, and controls engineers. With the experience gained in the field starting up, optimizing, and running incinerator processes (both MHF and FBI), he has created a more well-rounded engineering design effort in the office which has led to better, more seamless end products for IFCO customers. This has also made managing the international sales efforts from 2005 to present day a major success.

He has over 12 years of experience co-developing many different processes utilizing Multi-Hearth & Fluid Bed Incinerators. These processes covered the Reduction, Reclamation, and Calcination of organic and non-organic feed products. He, as a project manager, continues to support small to large impact projects, both domestic and internationally. He runs his projects by the following mottos: “Work Hard, Play Hard” and “Nothing is too big to Finish Right the first time”.
In his current executive role, Michael works together with the Owners of Industrial Furnace Company to provide the best solutions for IFCO’s customers.